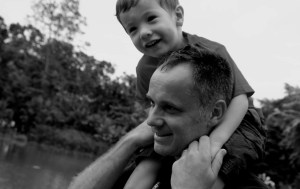 We are in Singapore, the smallest country in South East Asia at only 272 square miles. It is also one of the few remaining city-states in the world. We are visiting our old friends Hilary and Mark and their gorgeous two little boys; Hunter now 2 and a half years old and Austin only 3 months old. It’s great to be spending time with them all at their apartment and enjoying home cooked food, especially a long overdue roast chicken with roast potatoes, Dave and I were in foodie heaven. You know sometimes it’s the simple things in life that you miss when you have been living out of a suitcase for 7 months. Having the use of a washing machine and drier also scored high on the return to normality even if only for a few days.

The map above shows the countries we are travelling in now. In 1963 Singapore merged with Malaya, Sabah and Sarawak to form Malaysia; but in 1965 split away to become an independent republic. Geographically I was confused by the countries’ borders in this part of SE Asia. We fly off to Borneo tomorrow – just for a week and will be based around Kuching in the Sarawak region. Borneo is the third largest island in the world and is located at the centre of Maritime Southeast Asia. Administratively, this island is divided between Indonesia, Malaysia and Brunei. Indonesia’s region of Borneo is called “Kalimantan” while Malaysia’s region of Borneo is called East Malaysia or Malaysian Borneo. The independent nation of Brunei occupies the remainder of the island.
After exploring the Sarawak region of Borneo we will return to Singapore to take the 6 hour train journey to Kuala Lumpar in Malaysia, spend a few days in the city before heading to one of the islands where Dave can do some more diving and we can see some marine wildlife. I might even do a discovery dive myself; last time I went diving was around 14 years ago in Turkey. Anyway, before we get ahead of ourselves here’s some images of our time in Singapore, visiting Mark’s work at the Mini showrooms and the Singapore Botanic Gardens.
Chilling out at the Mini showrooms. 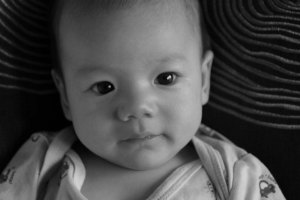 Fantastic plants at the Botanic Gardens of Singapore and an ever rarer specimen…….. Dave pushing a pram. 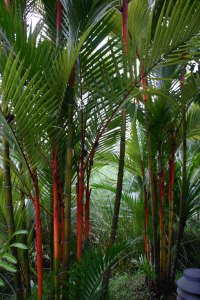 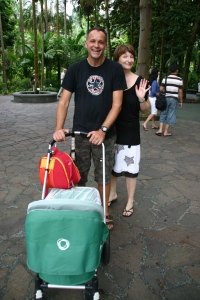 Mark, Dave and Hunter at the Mini showrooms where Mark is the Sales Manager here in Singapore. Hunter is absolutely car mad, just like his Dad.

Our last day in Bangkok before coming to Singapore. We left on 6th June, took the taxi to Bangkok airport to catch our flight to Singapore.

The cab driver’s dashboard is full of amulets and little shrines to Buddha and his devotion is also plastered right across his windscreen. Slightly more exotic than having one that says ‘Kevin Loves Tracy’. 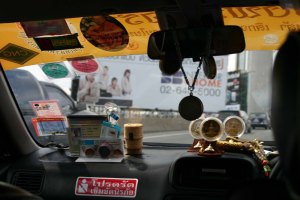 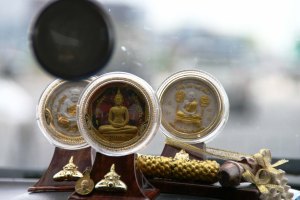 La and Dhow at the Phranakorn hotel in Bangkok, wearing their fab sarongs. 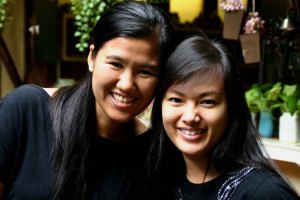 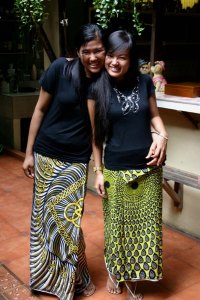