Landed back, been catching up with family and friends. Stayed with Dave’s Mum and Dad, saw Izzy now 3 and a half and older niece Sian. Walked in the woods and fields with them around where they live.  The sun made an appearance before it tipped it down again later. Typical English summer. 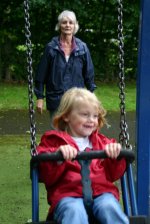 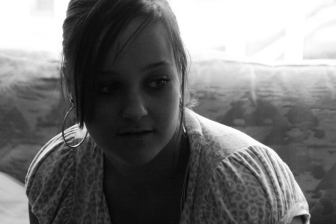 We are staying at Stuart and Marys with Finn (10) and Cal (5) until we head off travelling again. Time to recoup, re-stock and plan the next leg of the adventure. We made the most of a sunny Sunday (after a late night before drinking round the table with mates Paul T. and Micah) and went for a walk around Kew and the river. 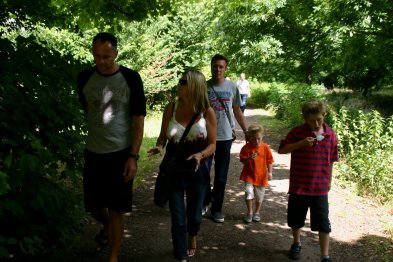 A typical English summer’s day wouldn’t be the same without the ice-cream van making an appearance.  Back at Stuart and Mary’s flat; Cal went out to a cowboy party.  Micah was still around, he slept over on Saturday night in one of the kids bunk beds.  He used to be one of the teachers at Finn’s nursery school.

14th July I went ‘oop North’ on the train to meet my niece Sarah May, who is now 7 months old, she was born whilst Dave and I were travelling in Mexico so this is the first time I have met her. Emma was on top form, it was my Mum’s birthday, I hooked up with some old childhood friends Jane-Anne and Val and relatives Eileen and Trevor, reminisced over old photos of my Grandad in his flat cap on Whitby pier…and it was beautiful sunshine in Whitby the whole time I was there. Sarah May is the happiest baby I have ever met and it was fantastic to spend time with her. 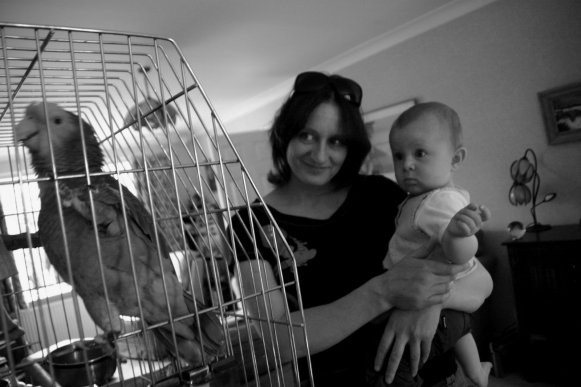 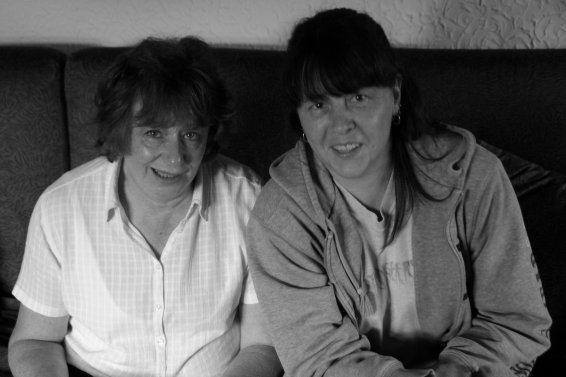 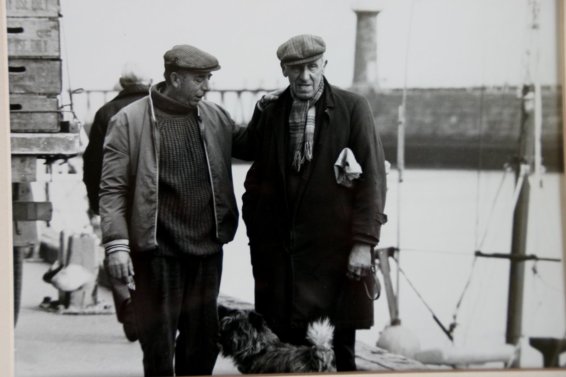 Wandered around the village to Mum’s cottage and the old sweet shop behind it which used to be run by Mrs Walton and is now a holiday cottage.  Celebrated Mum’s birthday..caught up on some old haunts in Whitby like The Black Swan pub where Val and I used to drink aged 16 and The Wellington where Grandad played dominoes with his friends. The sun stayed out for the entire visit and my old home town looked beautiful. 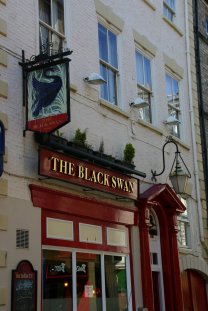 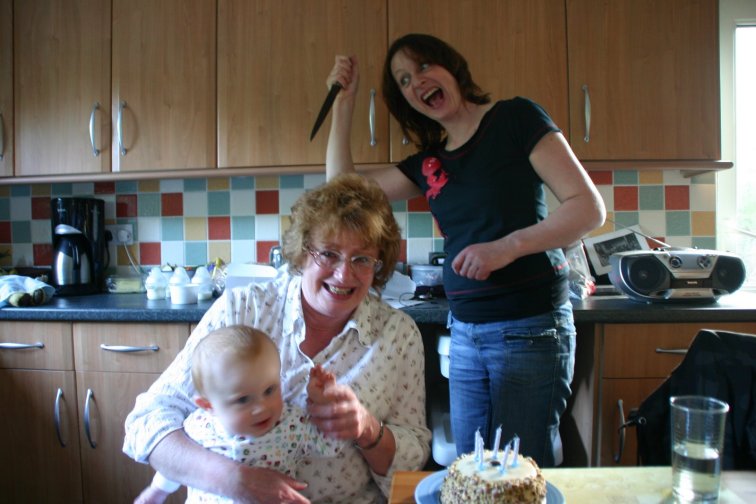 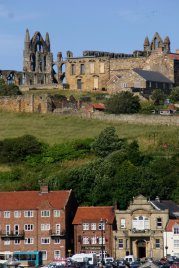 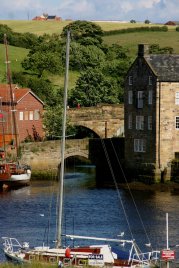 Making the most of being back in the UK for a few weeks, we tried to catch up with as many friends as possible.  Down to Farnham to see James and Stef, pub grub, talked until the early hours of the morning and an early rise with breakfast of boiled eggs and soldiers before a 2 hour drive further down the country to Bristol. James reckons his middle age has definitely settled in; he heard ‘Uptown Girl’ on the radio the other night…and turned it up.  In Bristol we caught up with Duncan, Jayne, Max and newborn (2weeks old) Jed.  Off to the pub then stayed overnight and Sunday morning drove back to London and over to the East End to see Jules and Rich and my old cat Stella, who is currently living with them. Rich cooked up a great BBQ and there was some serious chocolate tart to gorge on. I washed up whilst Dave talked about geek stuff with Jules and we shared stories about Mexico, it being one of their favourite trips too.  A great weekend seeing everyone and meeting newborn Jed. Back to our temporary London home with Finn and Cal…we took them out for a day trip in town. Started by showing Cal how to make his own Ready Brek breakfast then on the tube to Kensington. At Kensington Gardens we see the Prince Albert Memorial commissioned by Queen Victoria in memory of her husband who died of typhoid in 1861. The restored gold leaf statue of Albert faces South in a canopied pavilion with the four corners of the world depicted with statues surrounding it.  The grand Royal Albert Hall on the opposite side of the road, a fantatsic venue…but more fun for kids is the boating on the Serpentine. Two knackered kids later, we took them back to their Mum and Dad.  Cal has got in to a routine whilst we are staying; he takes great delight in waking us up early and coming in to the room, often jumping on the bed. He enjoys competing with Dave about whether the living room curtains should be open or closed in the morning, the light reflects on his morning kids TV programmes but one mornign i find them reading the Sunday papers together.  Summer holidays…bored kids at the kitchen table including Rourke one of the neighbour’s sons…he overcomes it with a cool haircut whilst other local kids including Jake T play mock battles in the street for which we equip Cal with a cardboard costume.  Cal celebrates his birthday at the end of July and pulls a few moves to his new ipod Shuffle. 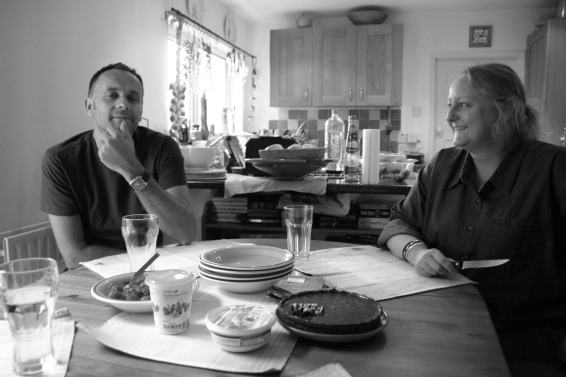 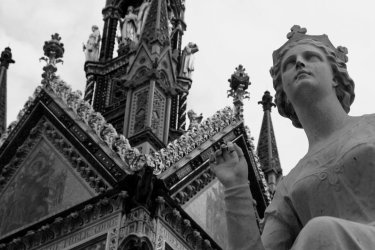 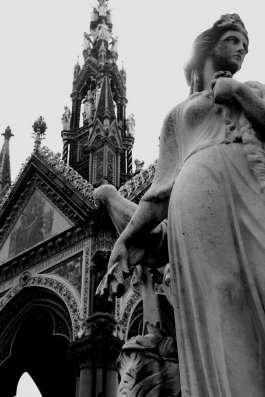 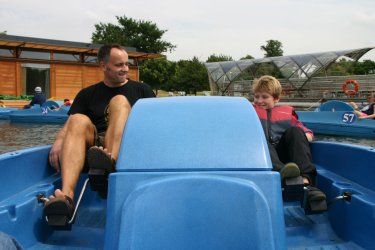 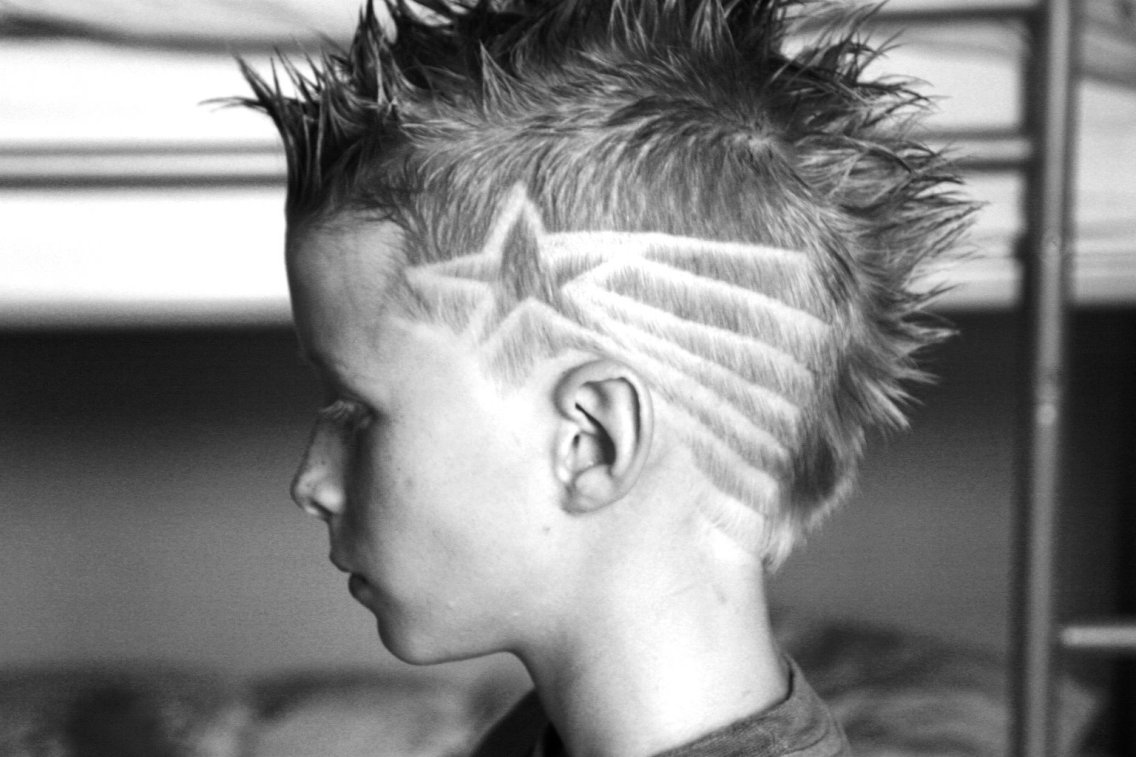 A few days later and trip to Odds Farm with Cal and Izzy.  Sheep, goats and jumping on Dave. Fun day out. 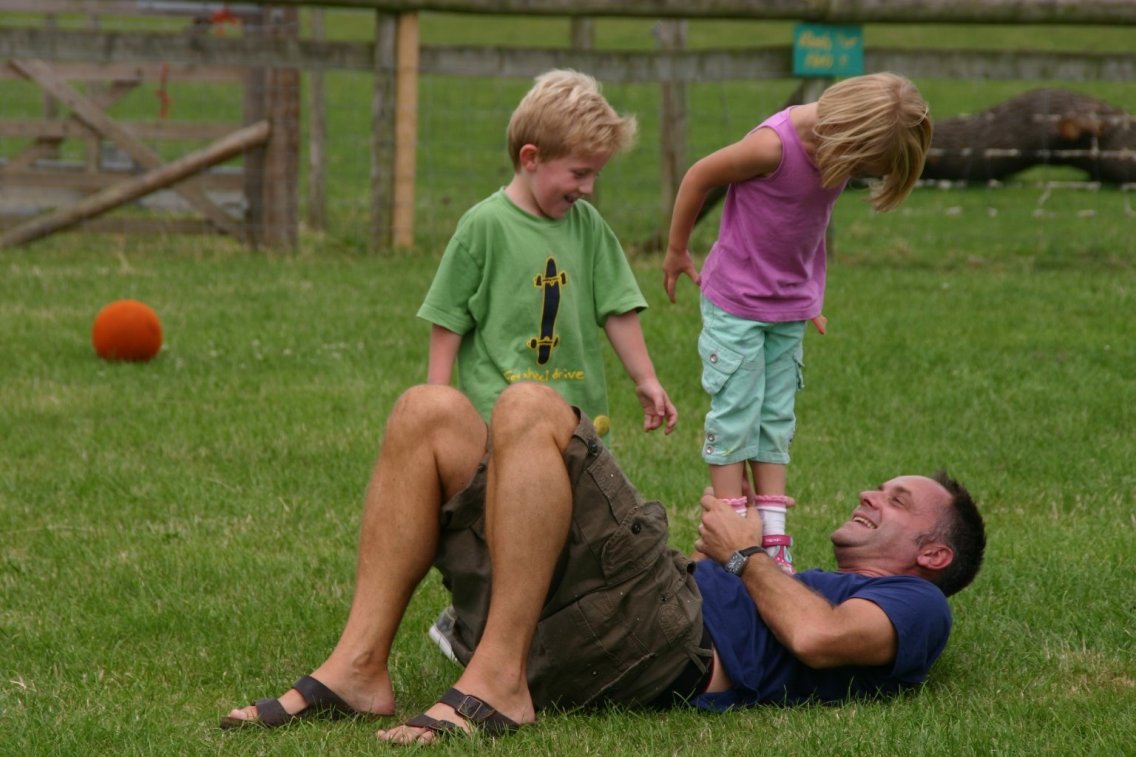 Before we head off travelling again we just want to prove to some of our American freinds that we do have beaches in the UK and yes blue sky on occassion too. Dave and I went on a day trip, a 2 hour drive from London to Dungeoness and Camber Sands on the East Sussex Coast. We clambered on sand dunes and even got our feet wet. Derek Jarman, the film director, had a cottage in Dungeoness where he spent his last days. It’s a beautiful serene and imaginatively designed place. The white building, Penny Cottage, has a small well at the front where penny coins were kept in water in which fishing nets were cleaned.

This our last stop before packing up our things, leaving friends and family again on Monday as we head off; to New York, back to new friends in Mexico and on in to Central and South America for the next part of our travelling story.  No firm plans as to where we will go but hoping to get to Guatemala, Costa Rica and possibly Panama…but it’s all open and flexible so we will see where the maps take us. 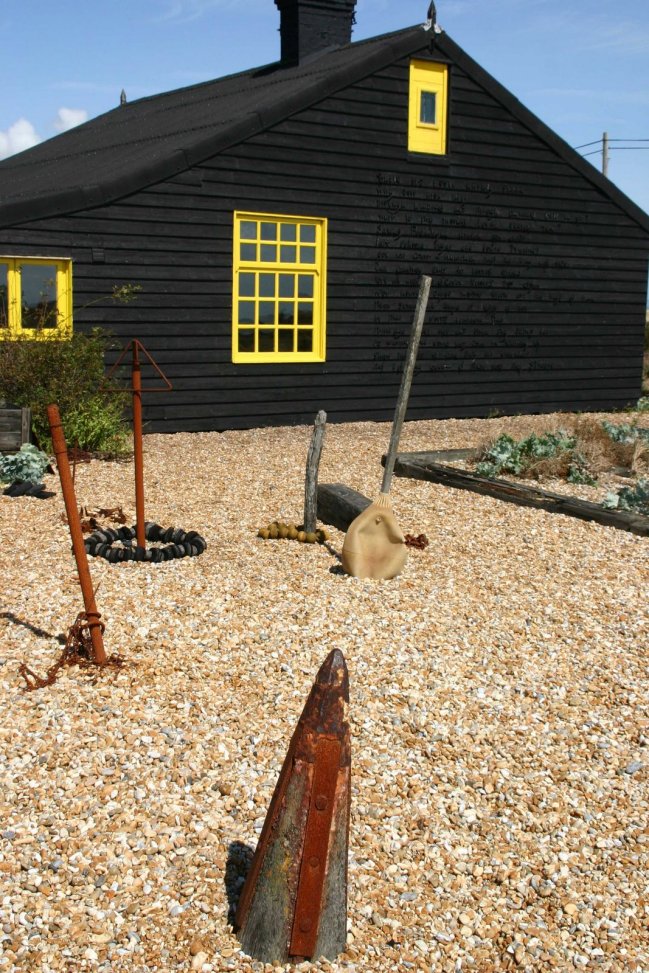 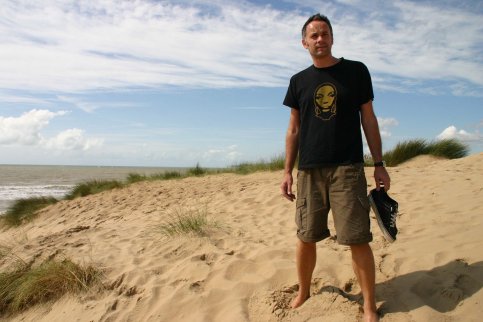 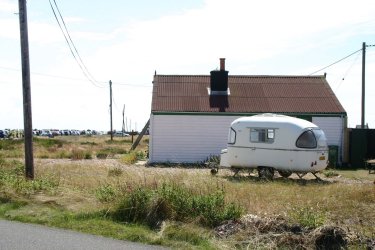 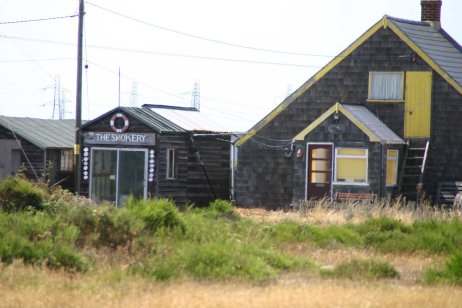 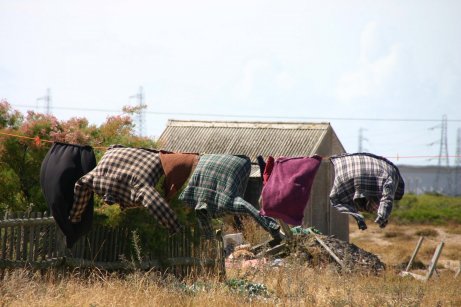 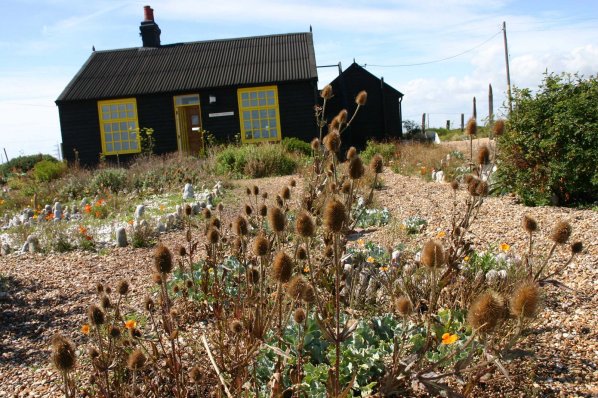 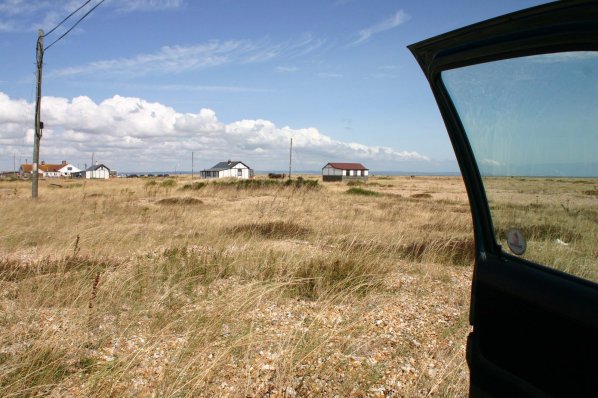 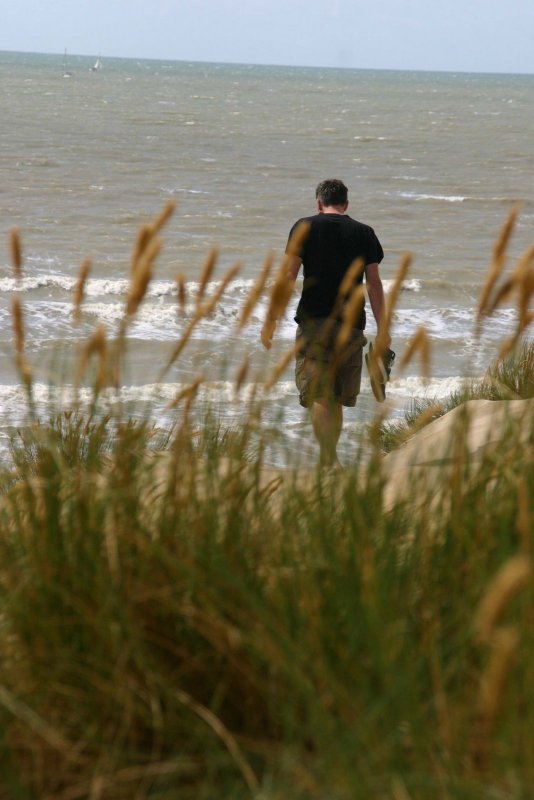 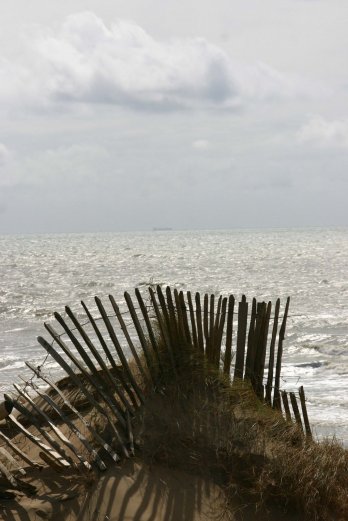