Dan and Andrea drove us the 3 hours back to their house in Amherst, MA because Andrea’s youngest Owen (above with Dave) was playing a gig that night with his amazing band Client # 9. They played at The Iron Horse in Northampton, Massachussetts; a famous venue which has hosted some very big names over the years. Client # 9 seriously rock, a very tight band, no vocals, very Mogwai influenced with a bit of Joy Division and maybe some early Smashing Pumpkins thrown in to the mix. They also remind me of the UK band Hope of the States whose first album was amazing. Two other bands also played, all made up of members ranging from around 11 years old to 15. 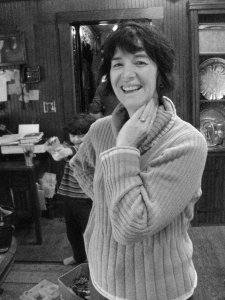 Leticia (above) who was one of the musicians I worked with when at Blue Rose, dropped round on Sunday morning with husband Rhys below enjoying a cuppa (bass player in leticia back in those crazy fun days). I haven’t seen them for 8 years so it was fantastic to spend time with them. In fact Leticia was pregnant with Gruff the last time we met! Dan was the guitarist in the band and Andrea a backing vocalist…..and Andrea and leticia are sisters….hence all the connections! 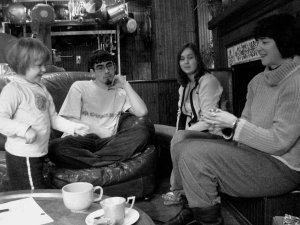 Andrea looking beautiful after her morning work out class dishes out the 26 bagels Dave and Dan went to buy!

Rea and elder brother Gruff…no idea if I am spelling these Welsh names right! Dad Rhys is originally from Wales.

Back in Seattle on the opposite coast of the US, we spent a great night with Tony and Sandra in Coopers our favourite bar near Bruce’s in Seattle. Left to right: Sandra, Bruce, Darin, me, Dave, Tony, Ryan and Nico. 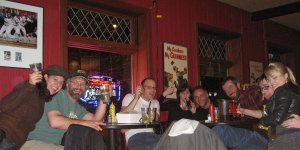 Me and Darin being silly in Coopers. 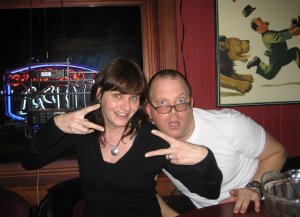 Me in Ryan’s ski mask in Coopers getting jiggy with it.

Tony and Bruce rib each other about bad darts scores while score keeper Dave looks on.

Tony, Dave, Sandra and Bruce hanging out at breakfast in one of the local Seattle joints called Breakfast Club….which has National Rifle Association ads on the walls and the bills of rights for the right to bear arms….and various of the owner’s photos of their family toting guns…kind of a strange and intimidating place to eat your bacon and eggs in!!! Unfortunately Deb couldn’t come as she had an operation after Christmas and was laid up for several days…but is now recovering great!

Sandra, Tony and Dave under the Lenin statue in Freemont. 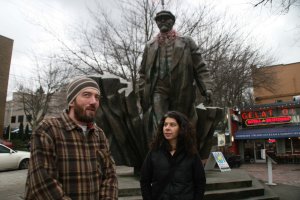 Who is Sandra calling about the tacos? 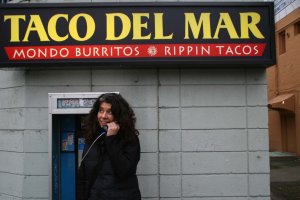 Reading about the rocket in Freemont. 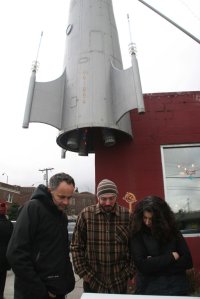 Christmas Day at Darin’s house in Seattle with Peggy, Bruce and Deb.

Peggy and Bruce recovering from gorging on English Christmas dinner complete with yorkshire puds and christmas crackers!!! Plus a handmade English Christmas pudding made by Peggy which was amazing. Thanks Peggy!